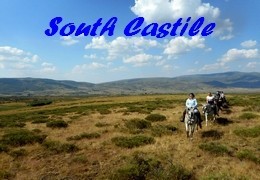 Horse riding in Spain with Cap Rando. Estremadura (also called Extremadura) is a wild Spain region, less known to tourists. It is located in central-west Spain, bordered to the north-east by Castile, to the south by Andalusia, and to the west by Portugal. Horse riding in Spain In Roman times, Estremadura used to be an important region of the Iberian Peninsula. The region was crossed by the Via Delapidata, one of the major trade routes for tin and copper trade, which crossed Roman Spain from the north coast to the south. The road is now a hiking and riding path, connecting Andalusia to the northwest of Spain. Extremadura is one of the least populated regions in Spain, which means it has lots of wide open spaces and natural landscapes. It is also the poorest region in Spain, a historical reality which is paradoxically one of the main reasons for the richness of its historical heritage and its natural environment today.
The Sierra of Gredos is located in the south of the province of Ávila: a spectacular natural creation of lagoons, gorges, cirques, steep cliffs, the Hispanic goat habitat. On the Cordillera central that separates the rivers Duero and Tagus, stands the Sierra of Gredos, a space carved by glacial erosion that rises to 2,592 meters. Due to its geographical location, steep slopes and the different orientation of its slopes, the Sierra de Gredos can be considered an authentic flora paradise. The various plant species are distributed on superimposed steps which reach their highest point on the Alpine step. 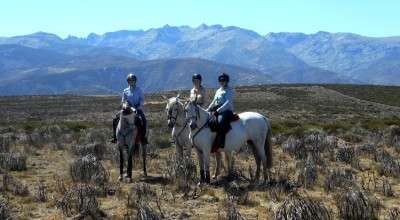 This is a stationary summer ride with relaxing full days riding from Navarredonda de Gredos to different direction every day, changing landscapes and opportunities for swimming in…
7 days - 6 nights - 5 days riding in Spain
From:
1315€ 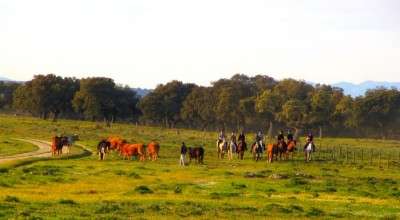 Horseback Riding Trip in SPAIN : THE CONQUISTADOR RIDE IN EXTREMADURA

This ride starts and finishes in Trujillo, a historic town with a mix of cultures. Trujillo was originally founded in prehistoric times on a granite batholith, then became the…
7 days - 6 nights - 5 days riding in Spain
From:
1320€ 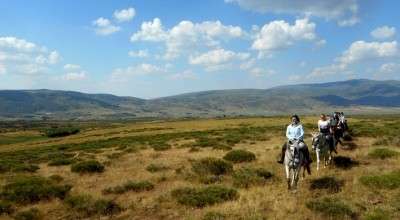 Horseback riding in Spain. Following the beautiful valley of the river Tormes, the landscapes are varied with its lakes, canyons, cliffs and meadows. You will cross medieval…
7 days - 6 nights - 5 days riding or 8 days - 7 nights - 6 days riding in Spain
From:
1385€ 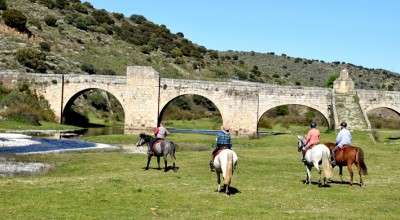 Horse back Trail Ride in SPAIN : THE MONFRAGÜE NATIONAL PARK IN EXTREMADURA

Inn to Inn horseback trail ride in Spain. You will ride from the lovely town of Trujillo following North direction to the Monfragüe National Park, the largest and best preserved…
7 days - 6 nights - 4 days 1/2 riding in Spain
From:
1425€ 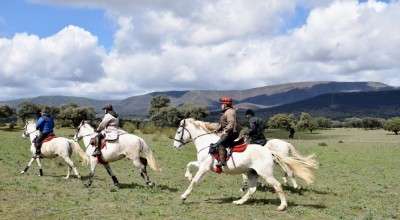 Stationary ride in 5 days riding with 2 days on a mini trail and visits to Mérida and Cáceres, World Heritage Sites by UNESCO. The trail is based in the lovely town of Trujillo…
7 days - 6 nights - 5 days and half days riding in Spain
From:
1435€ 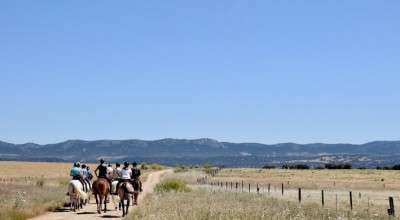 You will have the opportunity to become the guardians of the ancestral tradition of our culture: the transhumance, a horseback trip from Extremadura to Gredos Mountains in spring…
9 days 8 nights - 7 days riding in Spain
From:
1950€